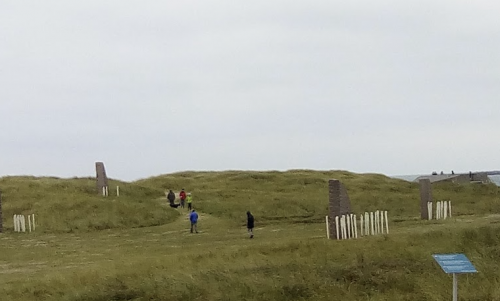 This is the memorial in Thyborøn, Jutland, Denmark to the Battle of Jutland – probably the greatest ever sea battle in the history of world. 25 ships were destroyed in one day and just under 9,000 men died when two incredibly powerful navies faced off. Each stone represents one of the ships lost and the little figures in white, represent those who died. It is a project in the making. It is hoped one day to fill the dune with the full number of little white figures, just under 9,000.

The museum , called the Sea War Museum of Jutland, is the town of Thyborøn. The nearest airport is Billund ( home of Lego among other things), hopes to add more Irish stories of the Lusitania. If you can help with stories, titles of books you could recommend please  let us know. If you have photos you might share them with us. The map below gives you an idea of where Jutland is  (just in case!). There is another museum a few kilometres away dedicated to other shipwrecks because the coast of Jutland has proved to be a graveyard for hundreds and hundreds of ships over the centuries. 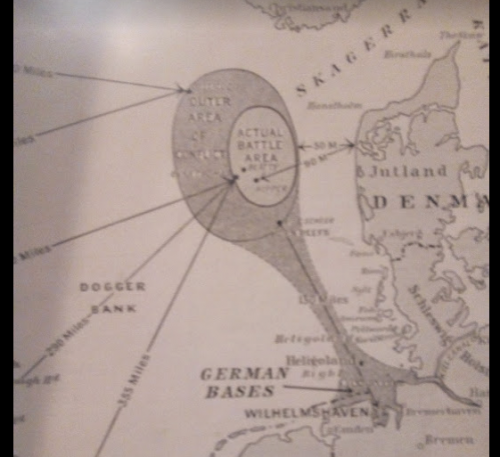 The nearby museum contains much of what was salvaged form the wrecks of the ships, plus paintings and photographs of the battle.

From an Irish point of view, the U2 submarine which sank the Lusitania is there – parts of it -the conning tower, some memorabilia, the periscope, the little flag created as a memento of the sinking of the Lusitania and some newspaper accounts from the time. The submarine was beached on the shores of Jutland some time later and parts were salvaged. 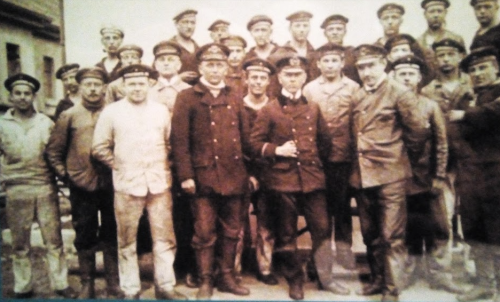 This is the crew of the U2.

A pennant was made to commemorate each “hit”. 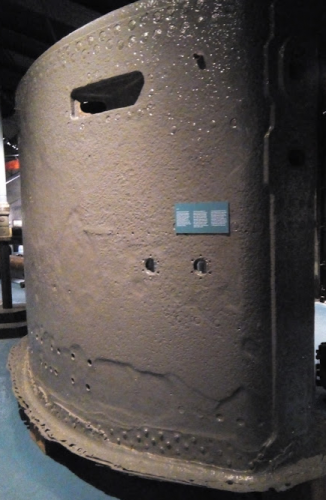 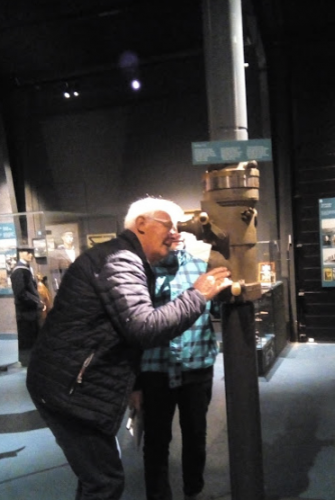 Periscope of the U2 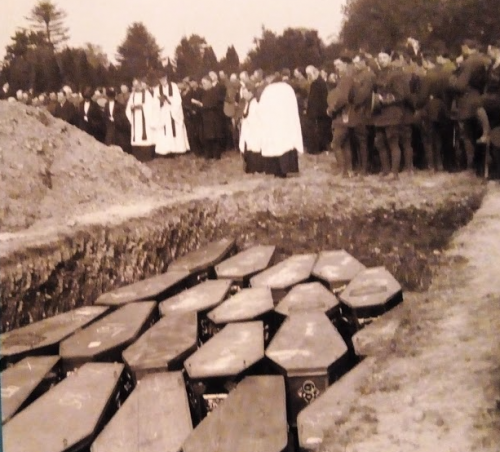 Burying the dead in Ireland

The last moments of the Lusitania 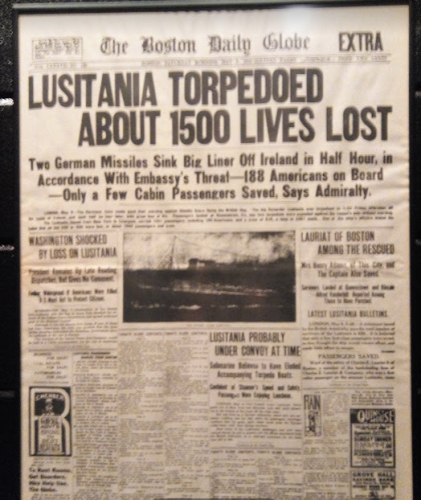 The Battle of Jutland 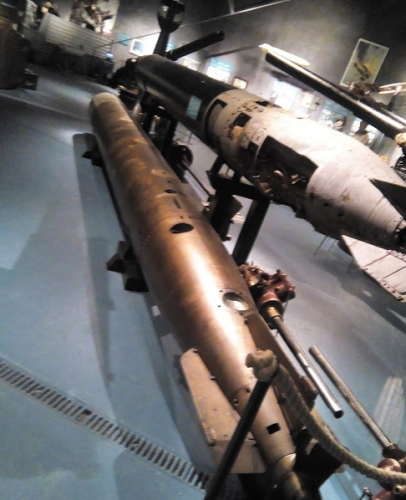 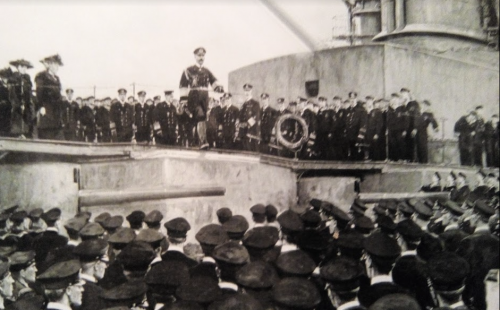 Kaiser William addressing the officers before the Battle of Jutland

The awful panic when a ship begins to sink. 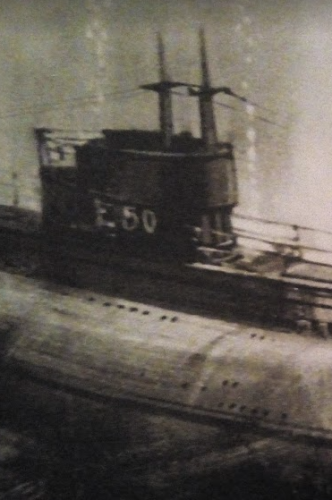 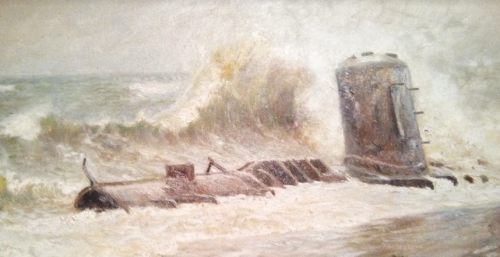 The E 20 being lashed by the stormy seas, unable to budge. slowly breaking apart. 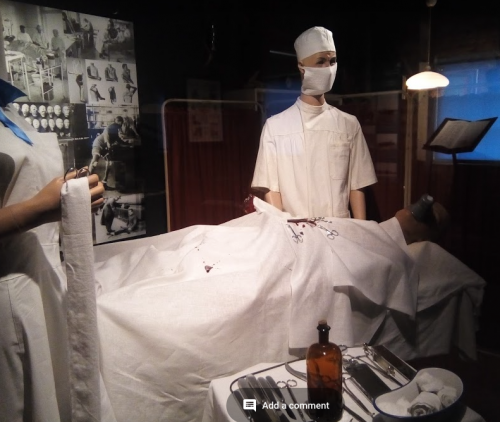 Rudimentary medical conditions on board a ship, Notice the little funnel clamped over the mouth of the patient,stuffed with a piece of cloth onto which would be put some form of ether, chloroform to keep the patient asleep. 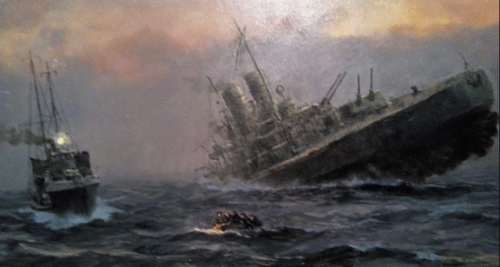 Some of the paintings of the battle scene. 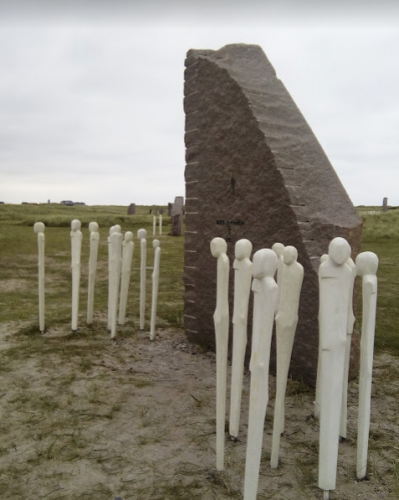 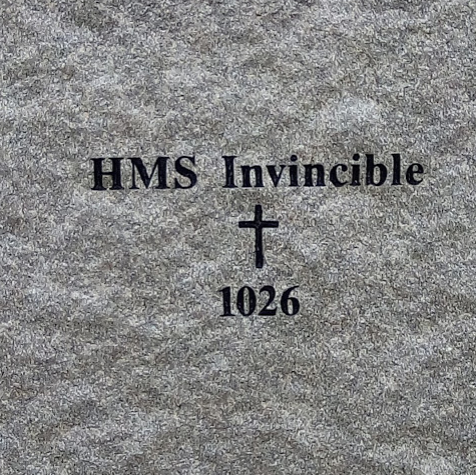 One of the 25 memorial stones to those ships and men lost in the battle. HMS Invincible went down with a loss of 1026 lives.